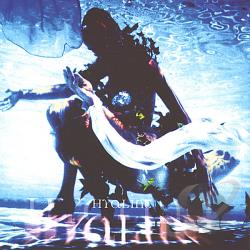 I am a big fan of local bands, mostly in my area, but some from other parts of the country.  I am by no means a nose-up snob that looks down on anyone tied to a major label, or a hipster that thinks I have any claim to finding anything first.  I love major bands like Metallica and Godsmack, but the guys that struggle every day, and do it well, definitely deserve some props.

I first discovered this band, oddly enough, on an episode of Queer Eye for the Straight Girl.  My wife and I used to watch the show for several different reasons but mostly because it was the only decent thing on at that time and it was at least interesting.  They did an episode featuring one of the female members of this band, and during the shot they played one of the band’s songs.  I was hooked right away.  I picked up this first album all those years ago and it’s still in my CD player in my car.  I know!  A CD Player?!  Yes, I still listen to CDs.

Anyway, describing this band’s style is difficult to say the least.  I can hear elements of hard rock like Disturbed and Godsmack, and psychedelic rock like Tool.  With the female vocals, electric violin and flute I hear bits that sound like Evanescence or Halestorm.  There is a very tribal sound to many of the songs, and elements of celtic rock mixed in.  All of that wrapped around the unique sound of the lead singer, Danny, whose vocals are unlike anyone I’ve heard before.  They aren’t shy of the bass either, with Aaron’s driving rhythm prominent throughout.

Sadly I don’t think they are making music anymore.  I dug around this morning trying to find any current news on the band, and even their California only touring schedule isn’t showing any new dates.  The last thing I could find was a post from a couple years ago looking for two female artists to join the band.  I’ve wanted to hear them live for quite awhile but they never played outside California so I figured it would never happen.  Now I’m fairly sure of that.  Even so, I highly recommend this band, and their albums, still available on Amazon and CD Baby, to anyone who likes a unique sound filling their ear holes.

About: You Tube channel for videos, interviews, and related media under the Frags and Beer Network. This channel is associated with the Geekology Webzine fragsandbeer.com. We hope to provide interesting, engaging, and fun content for all your geek interests. If you are interested in being part of Frags and Beer Network head over to the website and see our submission and join our team pages.

Gaming Sites to Check Out